Tunisian Fouta is part of the traditional clothing women wear in parts of North Africa. It is a piece of fine cloth that is either put on your back, or attached to your belt to form a skirt or apron. This fabric is typical of the Maghreb culture.

The fouta has gone through the ages combining tradition and modernity, functionality and comfort, aesthetics and softness, to today translate itself as the expression of well-being. Whether woven flat, honeycomb, chevron, or jacquard, its 100% cotton fabric is both light and soft. 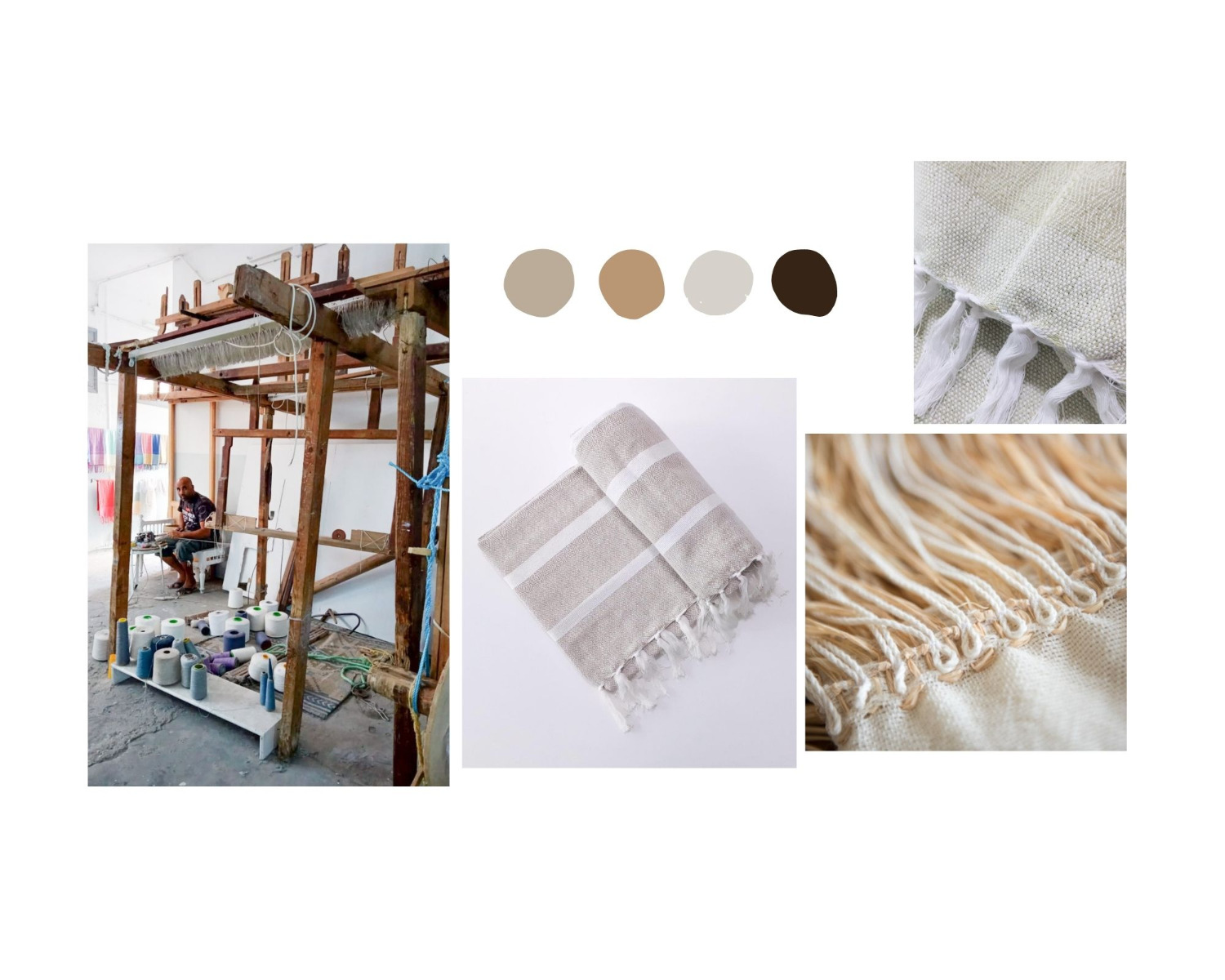 This beautiful fabric is at the origin of bath towels, the ancestor of the terry towel. They were already used in ancient public baths, spas and hammams, Middle Eastern and Northern African style bathhouses.

Today the Fouta has kept its artisan side since the fringes are still braided by hand. The craftspeople use the ends of cones of large textile productions to weave foutas, hence the thousands of colors and the variety of models offered.

There are several types to weave a Fouta, but to make the authentic Tunisian Fouta, the technique used is that of flat weaving. Traditional weaving has become a staple today in the manufacture of foutas. Quick-drying, space-saving, and lightness are the main advantages of this type of weaving.

Honeycomb weaving is more absorbent than conventional weaving, it has a voluminous appearance because of the hexagon structure woven into the textile. Supple, soft, and comfortable, honeycomb weave is frequently used in bath linen, for the sauna or the hammam.

Similarly, there is the weaving of the chevron fouta, which is characterized by V-shaped stripes giving it a unique touch and a geometric visual appearance. There is an alternation of weaving between the predominant color of the fouta and a light color such as white, beige, or ecru, similar to zigzag or herringbone patterns.

The original diamond weaving pattern offers more thickness and softness than other weaving techniques. Its cotton threads, once woven, align geometric shapes. Both resistant and elegant, the diamond fouta is an excellent beach towel, but can also serve as a decorative object that will remind of Ibiza style Mediterranean homes. 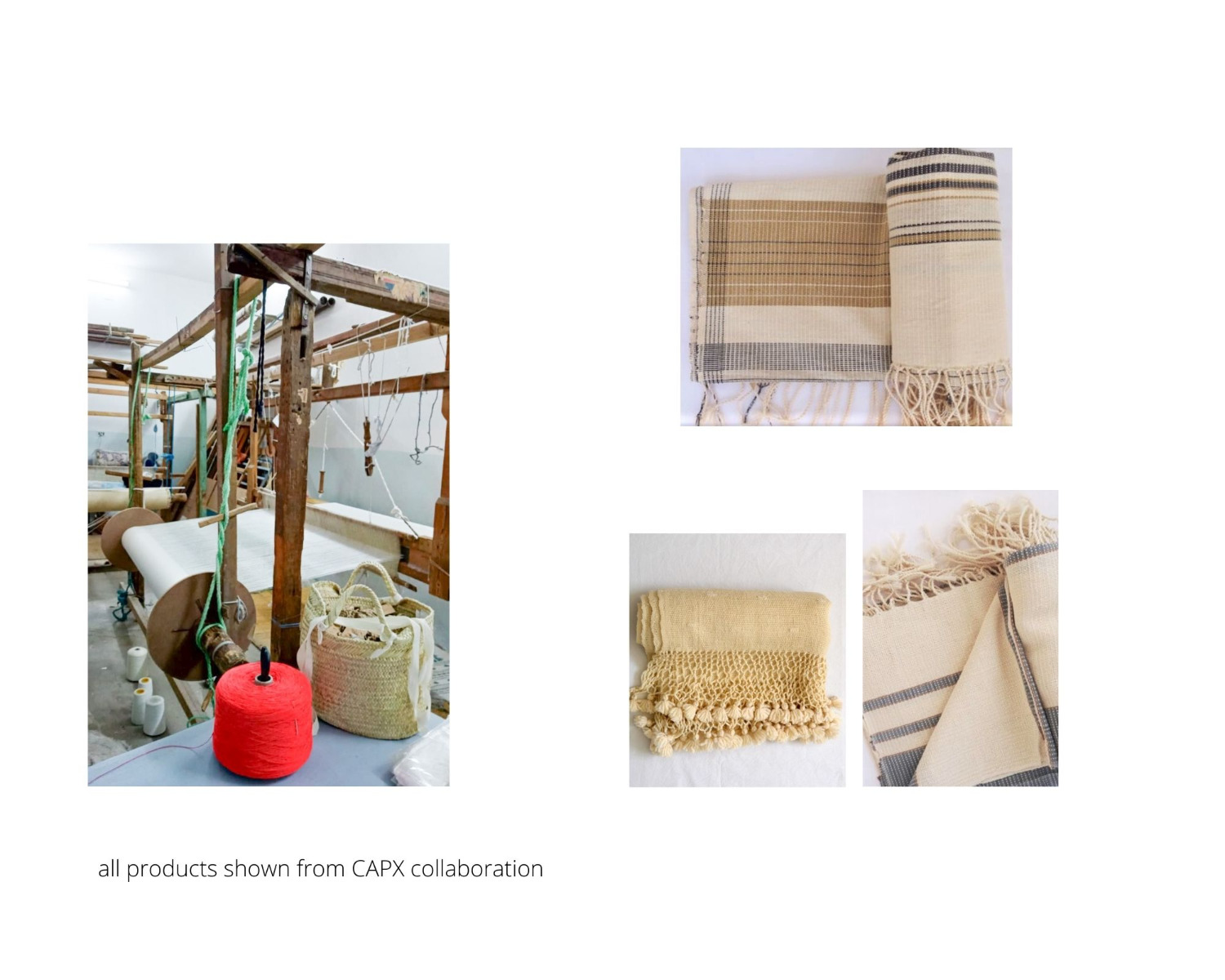 Does the weaving point have an importance in my choice of fouta?

The weaving point has importance in the quality of absorption of the fouta. The thicker the weave, the more water the natural fiber will absorb. The weave stitches which give volume to the fabric are to be preferred to the flatweave, if, of course, you buy a fouta for use in bath linen. If you’re looking for optimal absorption, we would recommend honeycomb and diamond weaving.

Where can we use fouta?

In its country of origin, the fouta is now the essential fashion accessory for a day at the sea. Yet it is in the heart of hammams that the tradition was born, used as a fabric tied at the waist or worn as a skirt. Still, foutas are regularly used in hammams to cover up, dry off or relax on after a spa day.

Very trendy on the beaches and very appreciated for its essential qualities, lightness, resistance, it is multi-use. It can be worn as a sarong at the beach or as a stole on a chilly evening. 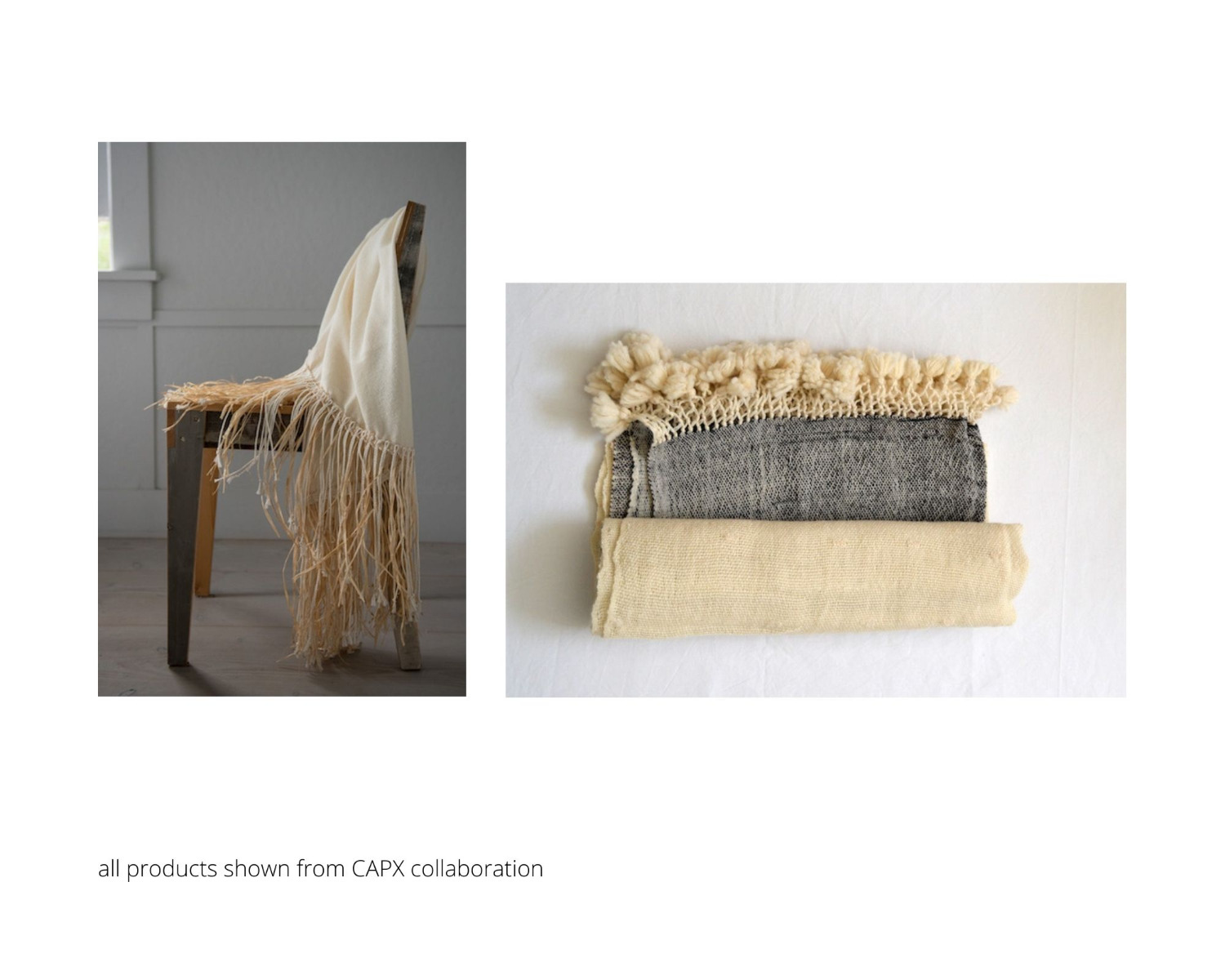 Commonly used in hammams and other oriental baths to wrap the body, the fouta has become over the years a multiple and varied use of linen. A victim of its success, the fouta is now found on all beaches to replace bulky towels. Both authentic and refined, it has also found its place in every room of the house to dress the different spaces. As a result, it can be found in curtains, table linen (tablecloth, table runner, placemats, and napkins), but also in the protection of furniture as a sofa throw.

The Tunisian towel owes its success to its bohemian chic spirit. Inspired by the traditional fabrics of Amazigh people, it seduces with its ethnic aspect and its trendy patterns. Available in a multitude of colors and prints, the Tunisian towel has become, in a few years, the ideal accessory for holidays.