Overview of the Olive Oil Sector in Tunisia

Overview of the Olive Oil Sector in Tunisia

Olive oil is an oil coming from the fruit of the olive tree. It has been known since prehistoric period, in which it contains this liquid were you find around the Mediterranean. Indeed, many Mediterranean civilizations take turns throughout history to propagate the culture of the olive tree: Carthaginian, Phoenician, Greek, Roman and Arab.

Since the Phoenicians and throughout all of the civilizations that have marked the history of Tunisia ; this golden liquid occupies a large place in the economics of the country and constitutes a major sector. It's worth noting that it is also the first exported agricultural product. Tunisia is the most important olive-growing country in the southern Mediterranean. If we exclude the European Union, Tunisia is a great world power in the olive oil sector. This country is making massive efforts to restructure, modernize and improve the quality of its oils, accompanied by a considerable expansion of surface areas.

Tunisian olive growing plays one of the most important roles in the social and economic life of the country ;with nearly 15% of the total value of final agricultural production. International trade in olive oil accounts for 50% of total agricultural exports, in addition to a 5.5% of total exports, which leads it to be the country's fifth largest source of foreign exchange. Therefore , it is the main export product of the agro-food sector with nearly 120,000 tonnes per year with revenues representing on average 30% of agro-food exports.

Tunisia's Olive oil exports have affected several countries. However, the European Union is the most important traditional customer in terms of export volume, and also the most dependable with 70% of sales in volume and value. Over 96% of these exports go to Italy and Spain. (meant to be exported to Italy and Spain)

There are other several Arab countries that import Tunisian olive oil which are listed as such: Libya is the main importer, meanwhile the exports to Morocco and Algeria are almost nought . The second listed importing countries of olive oil from Tunisia are the Middle East, in particular "the Gulf "countries and Jordan. The export of this product is also absorbed by Russia, the United States, Norway, Canada, Japan and Australia. The quantities exported to these countries are relatively small (minimized) compared to the European Union, but in te recent years, they have continued to increase at an irregular rate .

lastly "olive growing is an activity with an economic, social and cultural aspect. Moreover, this sector represents an enormous heritage for Tunisia and undoubtedly constitutes one of the main strategic sectors for the national economy in general and particularly in agriculture . 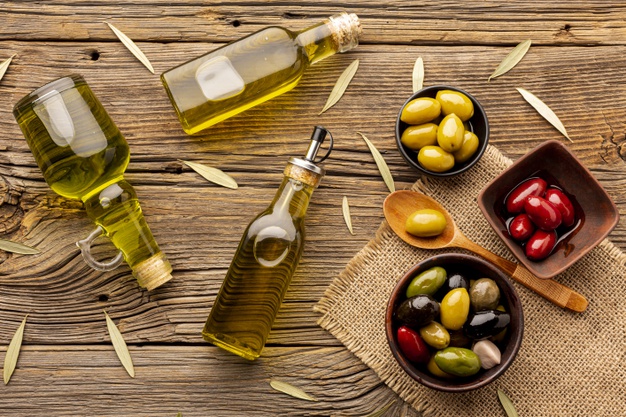 Conclusively, Olive oil plays one of the most important roles in social and economic life, especially in the countries of the Mediterranean go basin. The geographical nature of many countries in this area which are characterized by a large number of olive trees, makes them specialists in the production and exportation of this product.

Hereafter, the Olive oil market is still influenced by the volume of production and the quantities exported by the countries of the Mediterranean basin, and there are several characteristics that are observed in the market concerning production, quality and prices.