The Traditional Tajine, Handmade In Tunisia

The Traditional Tajine, Handmade In Tunisia

The word tagine, or tajine, is used to designate, on the one hand, a kitchen utensil respecting the traditions of the Maghreb, a hollow baking dish in terracotta, surmounted by a conical lid, and on the other hand, a dish cooked in this utensil, often a slow cooked stew, which can be composed of meat, poultry or fish, vegetables or fruit.

A Berber invention for cooking as a nomad

The tagine would have been invented long before our era by the Berber people. These people very quickly knew how to take advantage of their semi nomadic way of life. They have thus developed a traditional dish that is easy to prepare and cook over a simple campfire. It was one of the first versions of a slow cooker or dutch oven. 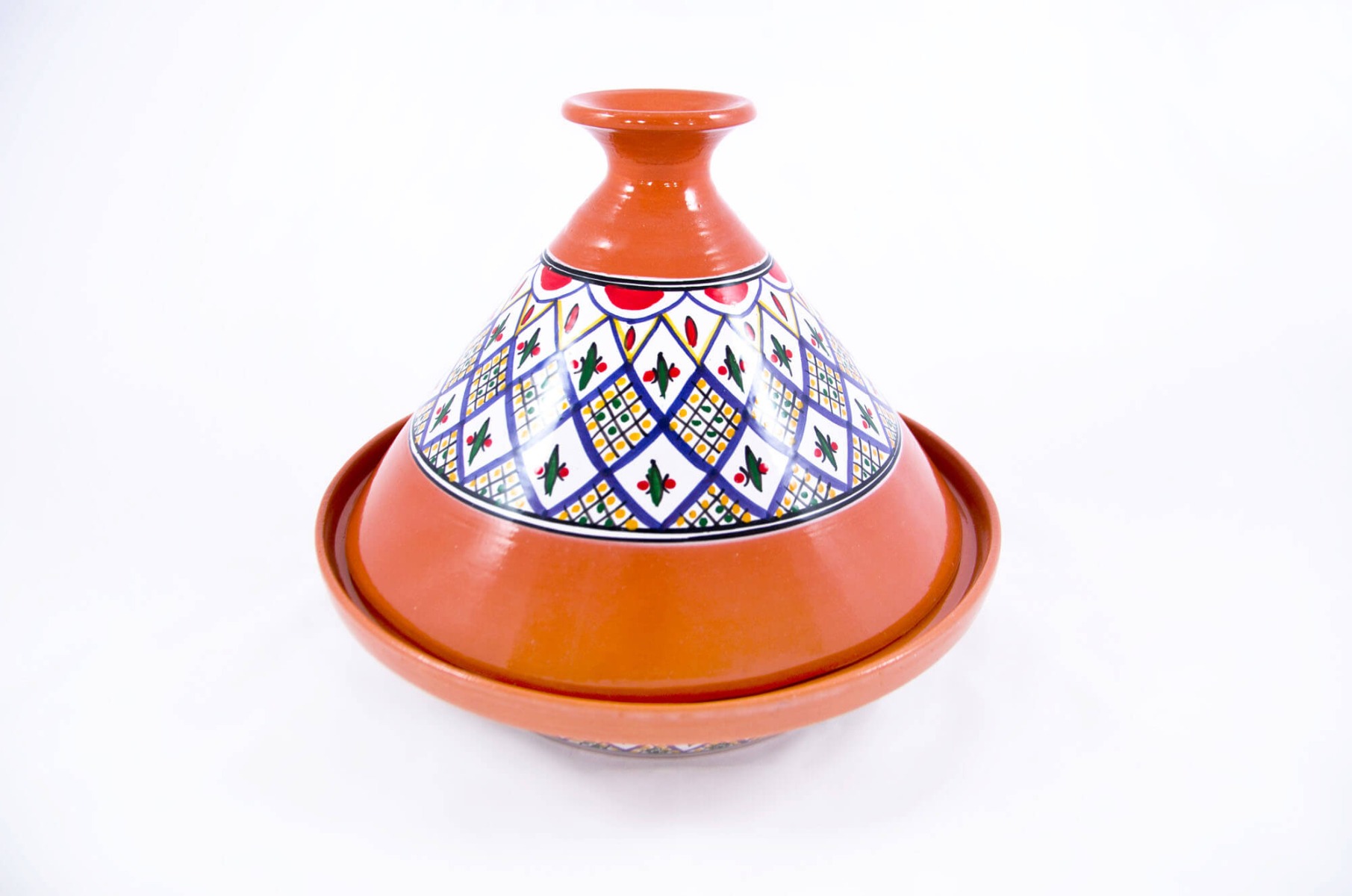 The traditional Berber tagine dish consists of two different parts. First, the deep dish, which will be more or less deep depending on the diameter chosen, but above all thick to avoid bursting from the first use due to the heat.

The deep dish is topped with a round or conical-shaped lid depending on the region in which it was made. This conical lid retains steam and allows steam to be returned to the food that’s cooking.

The Berbers use unglazed, clay tagines with round or oval lids, while other inhabitants use them with conical and very often glazed lids. Regardless of the shape of the lid, your food will cook the same way and the flavors will also be pleasant! 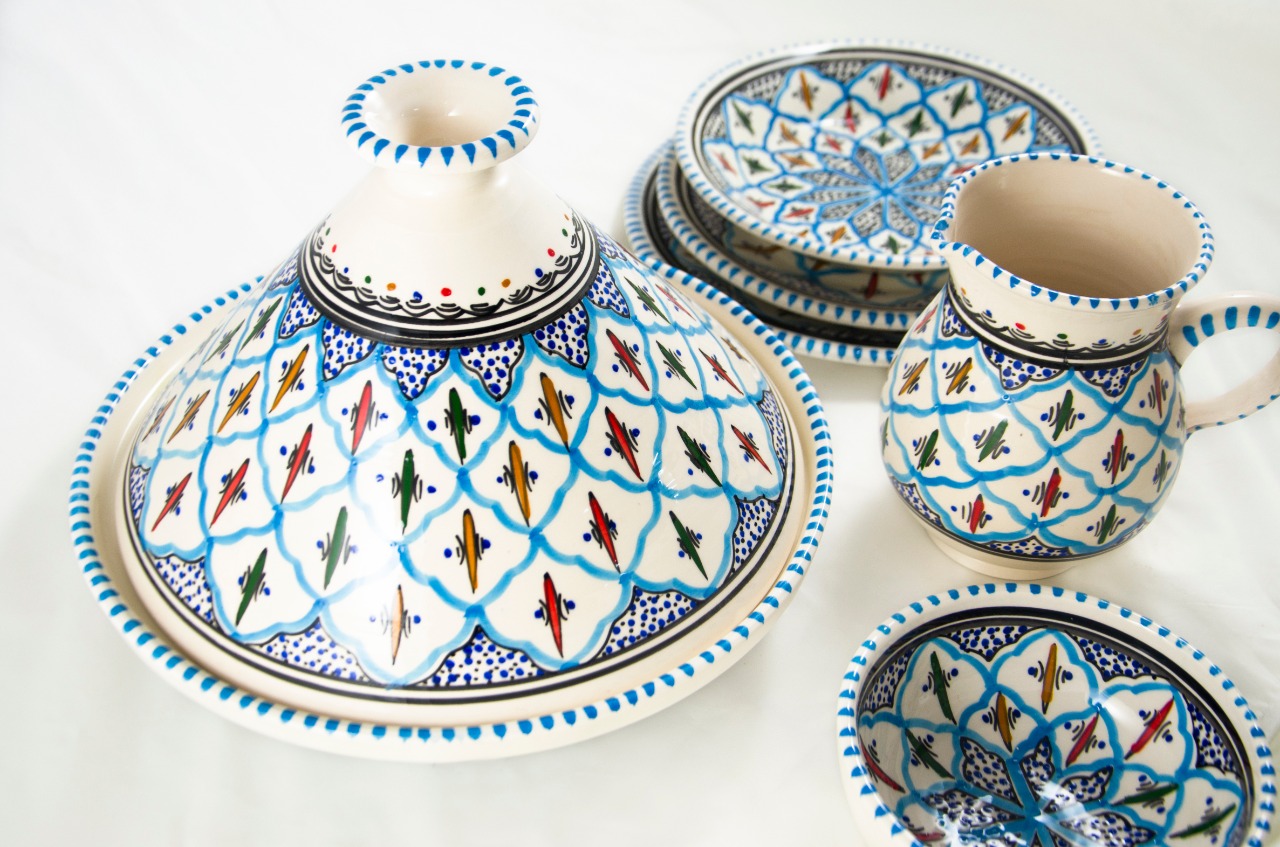 While the shape of the lid won’t change the way of cooking, whether your tagine is glazed or unglazed does make a difference.

There are two types of tagines: enameled or glazed tagines and unglazed tagine dishes. What is the difference and which one should you buy?

Ceramic glazed tagines are often used as decorative serveware only.

Qartaj does offer the other kind, which are red clay tagines with decorations, which are safe to use for cooking and beautiful as serveware.

How to season an unglazed terracotta tagine

If you opt for an unglazed clay tagine, you will need to season it before first use. There are two main reasons for seasoning. First it will strengthen your tagine and prolong its durability. Second it will eliminate the excess raw clay taste that can be present in unglazed tagines.

We’ve listed some instructions on how to season the tagine before first use.

1. Soak the tagine dish and lid in cold water with vinegar for a minimum of two hours to overnight. Take it out.

2. Coat the bottom and the surface where the cone sits with olive oil.

4. Empty the water and let the tagine air dry. It isn’t necessary to place it in the sun.

5. Fill the dish with salt water.

8. Turn the oven off and let the tagine cool inside the oven.

9. Once completely cool, coat the tagine again with olive oil.

10. Your tagine is fully seasoned and ready to use.

You only have to season your tagine once. It can now be used in an oven or stovetop. 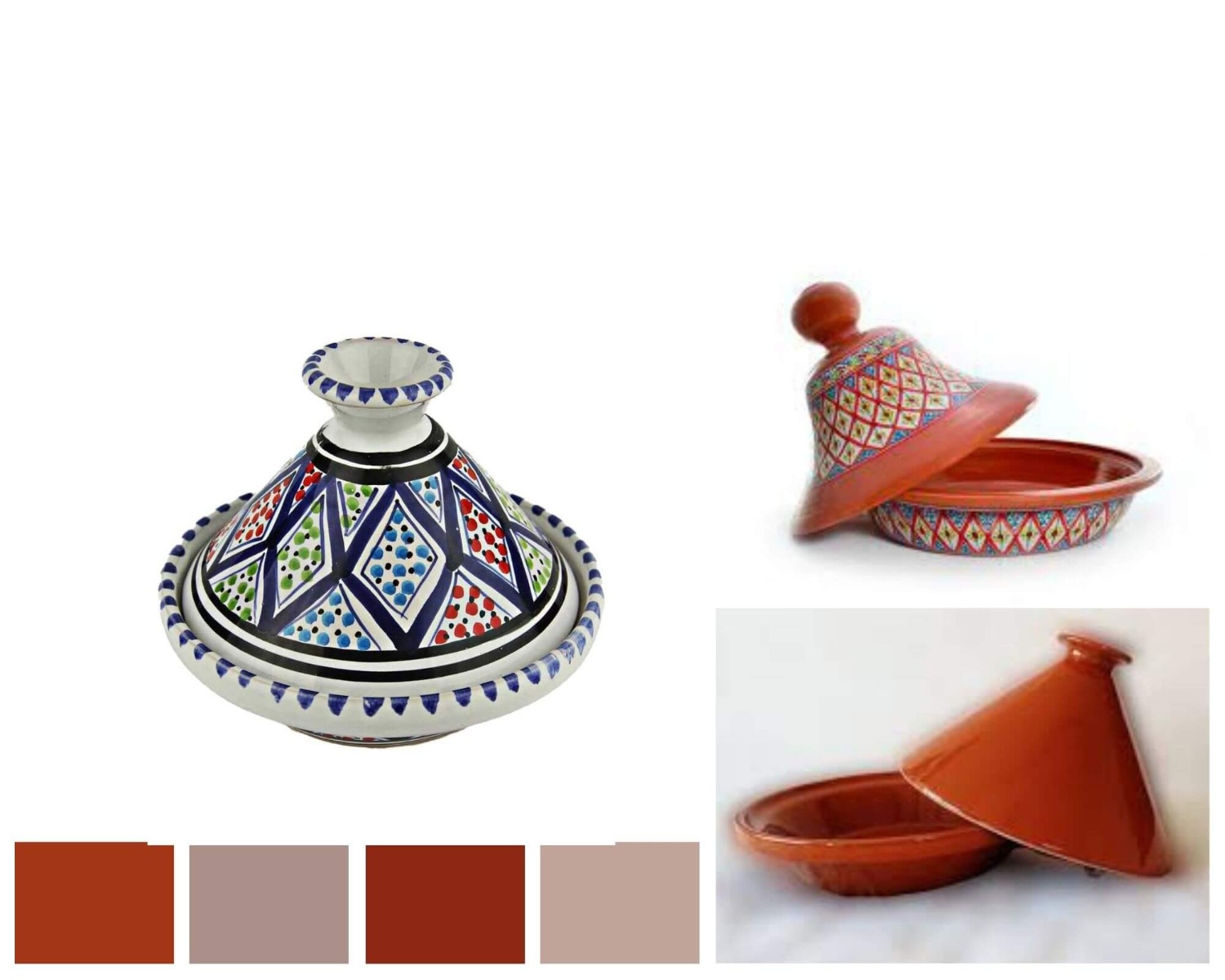 How to clean different tagines

Glazed ceramic tagines can easily be cleaned with water and soap.

Unglazed terracotta tagines however, should not be cleaned with soap as it will be stuck in the clay, which gives a soapy flavor to the food next time you use it. It is best to clean it with slightly salty water and let it air dry before storing it. 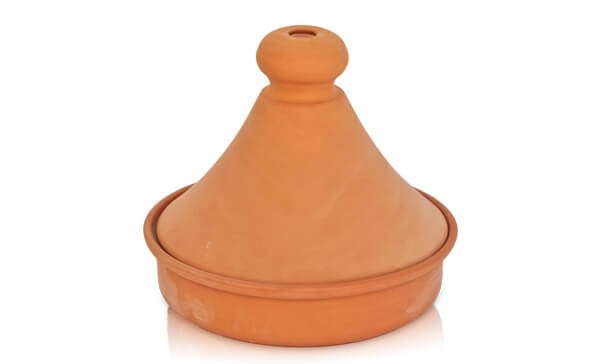 The first phase is to paint the terracotta piece. For this, the artisan uses a whole series of oxides (oxides of iron, cobalt, copper, chromium, etc.). Each of these oxides, present in powder form, will give a specific color after cooking. The worker dilutes the oxide in a container and then applies it with a brush to the terracotta.

Depending on the desired effect, the order of application is different. The craftsman can start with a plain background, with a specific color. Then he applies a black layer, with a fine brush, the decoration is then highlighted. The worker can also do the opposite: start with the black decoration, then finish by adding several colors (this time, the colors are highlighted).

Finally, we find each piece is different, original, and unique, either by the geometry of the decor or by its colors.

Each piece that Qartaj offers is handmade made and painted by highly skilled artisans in local workshops.

We hope we have given you some useful information on this handmade dish that is used all over the Maghreb region.

You can either go for a glazed ceramic tagine which is beautifully decorated with traditional patterns and can be used as serveware on the table.

If you are looking for cookware which can also be used as serveware, and don’t mind a bit of extra work seasoning and cleaning, go for an unglazed terracotta tagine. 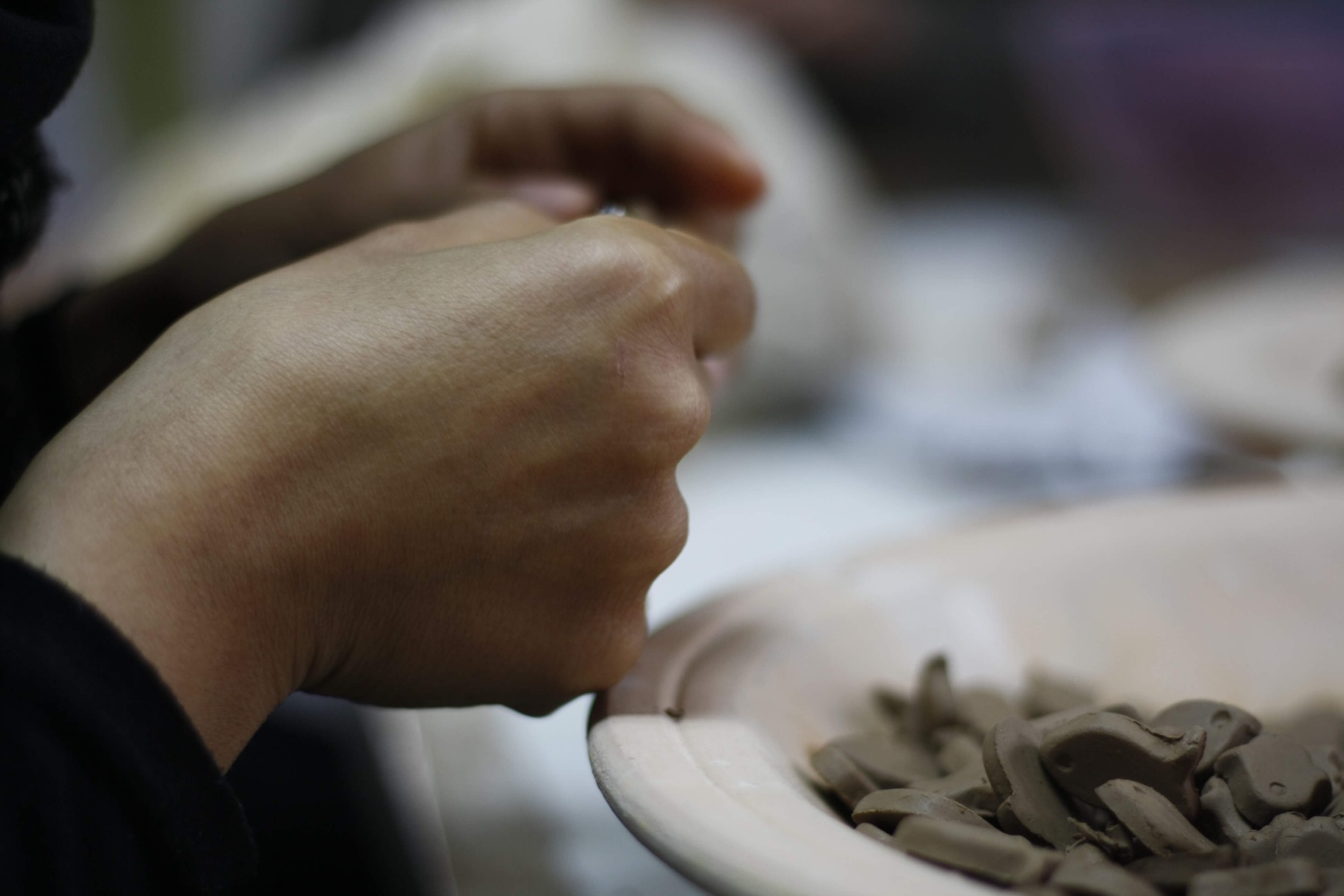